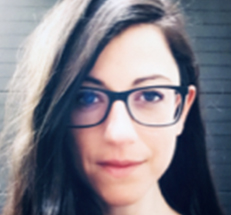 Letizia Tedesco is a marine ecosystem modeller, holding a senior position at the Finnish Environment Institute since 2012 and an Adj. Professorship in Aquatic Sciences at the University of Helsinki since 2019. She obtained a PhD in Oceanography in 2009 from the University of Bologna. She works with marine biogeochemical models, particularly focusing on the ecological consequences of climate change in ice-covered oceans. Her main scientific interests include: phenological changes in polar marine ecosystems, closing of the global carbon cycle, climate change scenarios and projections, sea ice biota and biogeochemistry in the Earth system. Among her achievements, she has been a Fulbrighter and a SCAR Fellow. She is also member of the SSC of the international network on sea ice biogeochemistry BEPSII (bepsii.org). She is the main developer of the first stoichiometric sea-ice model (bfm-community.eu).