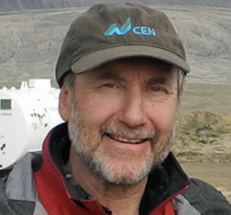 Warwick Vincent is a professor of Biology at Laval University in Quebec City, Canada, where he also holds the Canada Research Chair in aquatic ecosystem studies. He is a member and former Director of the Center for Northern Studies (CEN), and his current research is on Arctic lakes, rivers and coastal ecosystems. He has published several books and many scientific articles on Arctic and Antarctic ecology and has received several awards and distinctions for his work in polar science. These include the Polar Medal (Canada) and the Helmholtz International Fellow Award (Germany). Warwick Vincent has a longstanding commitment to international collaboration in environmental research, and he is co-lead of the IASC project Terrestrial Multidisciplinary distributed Observatories for the Study of Arctic Connections (T-MOSAiC).